Home > Christian or disciple: is there a difference?

Christian or disciple: is there a difference?

Imagine yourself in the time of Jesus.

You have been hearing stories of a rabbi from Nazareth. Stories of him healing people of lifelong diseases, casting out demons, and teachings that are similar to what you hear in your synagogue yet radically different and provocative.

One day Jesus comes to your area and you go to see and hear him. Everything you had heard about him only scratched the surface of the wonder of Jesus. You are drawn to him, yearning to learn from him and experience him. In time you become part of a group who are close to him. One evening Jesus spends the night alone and the next morning he appears before your group. You realise something special is about to happen.

What if it was me?

One by one he is naming certain individuals from the group to be a select group of disciples.

Now at this point ask yourself; how would you feel at this moment? Would you be hoping that he calls your name or not? Can you imagine yourself following Jesus as one of his disciples?

Let’s imagine that Jesus is sitting in front of you. As you look into his eyes you realise that he knows everything about you, all that you have done, the secrets of your heart, what you think of him, how you have lived your life up to this point. Then Jesus poses this question: “have you counted the cost of following me? Have you died to yourself; submitted all your plans, dreams, desires, possessions and relationships to my will? Are you prepared to go anywhere, do anything, give up everything for me?”

How would you answer this question? 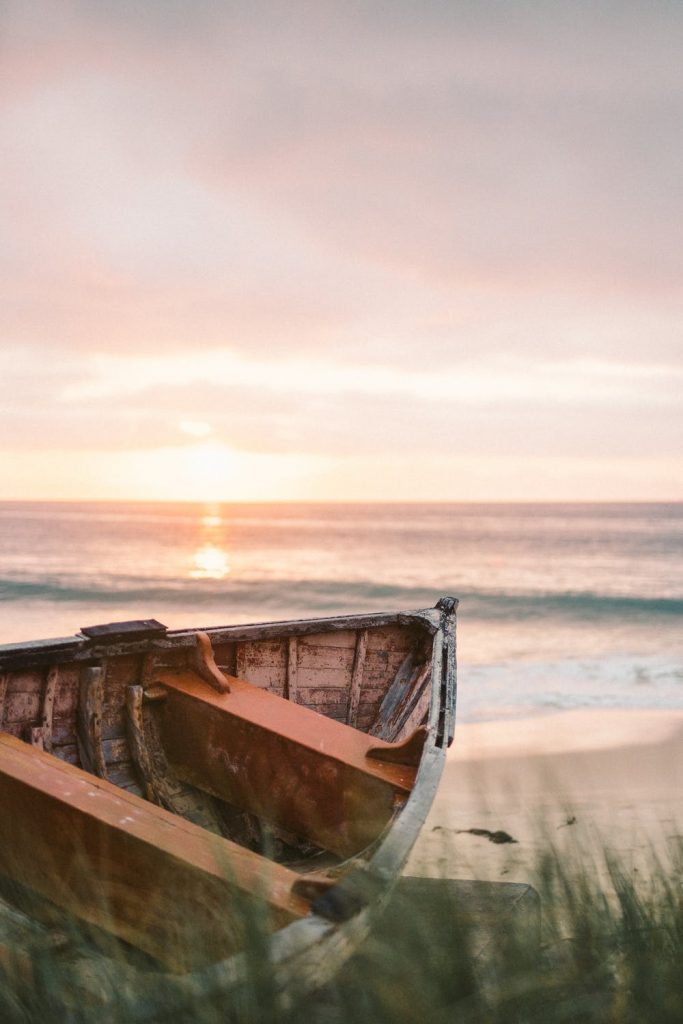 What is a disciple?

One day as Jesus was walking along the shore of the Sea of Galilee, he saw two brothers—Simon, also called Peter, and Andrew—throwing a net into the water, for they fished for a living. Jesus called out to them, “Come, follow me, and I will show you how to fish for people!” And they left their nets at once and followed him. A little farther up the shore he saw two other brothers, James and John, sitting in a boat with their father, Zebedee, repairing their nets. And he called them to come, too. They immediately followed him, leaving the boat and their father behind.  (Matthew 4:18-21 NLT)

Now focus on these phrases:
“they fished for a living”
“they left their nets at once”
“leaving the boat and their father behind”

For these men, to follow Jesus meant giving up their livelihood and making Jesus their primary relationship, even above their own parents. It was an all out commitment of their life to Jesus.

Does that mean to be a disciple we need to give up our jobs and families? No, the issue here isn’t necessarily literally giving up a vocation and leaving home, but rather giving up our dependence on a vocation and other things in our lives that provide security and happiness; giving up any relationship or status that comes before Jesus.

Jesus clarified this commitment to being his disciple in an exchange with Peter. Here, Jesus had just explained that he would suffer many things, and eventually be killed – shocked by this, Peter rebuked him. But Jesus responded saying Peter was “a hindrance to [him]. For [he] was not setting [his] mind on the things of God but on the things of man. (Matthew 16: 23, ESV).

Jesus then turned to his disciples and said, “If anyone would come after me, let him deny himself and take up his cross and follow me. For whoever would save his life will lose it, but whoever loses his life for my sake will find it. For what will it profit a man if he gains the whole world and forfeits his soul?” (Matthew 15:24-26, ESV).

This is heavy stuff. Our soul is the very essence of our being. It is what determines our character and our overall outlook on life. Our soul longs for contentment, satisfaction, joy, peace, respect, security, justice and most of all love. These longings of our soul lead us to pursue whatever we think will satisfy them, be it a job, a certain image of ourself, a relationship, possessions, pleasures, etc. Jesus is saying none of these will ever satisfy your soul, in fact you will lose your soul if you depend on them to meet the longings of your heart. Jesus is saying: give your life to me, depend on me to give life to your soul.

So to be a disciple of Jesus doesn’t mean we have to literally quit our job, leave our home, etc. It is our dependence on these, and our allowance of them taking priority in our life over Jesus that we are to die too.

Another longing we have in our souls is for a purpose that is meaningful; a desire to make a difference. 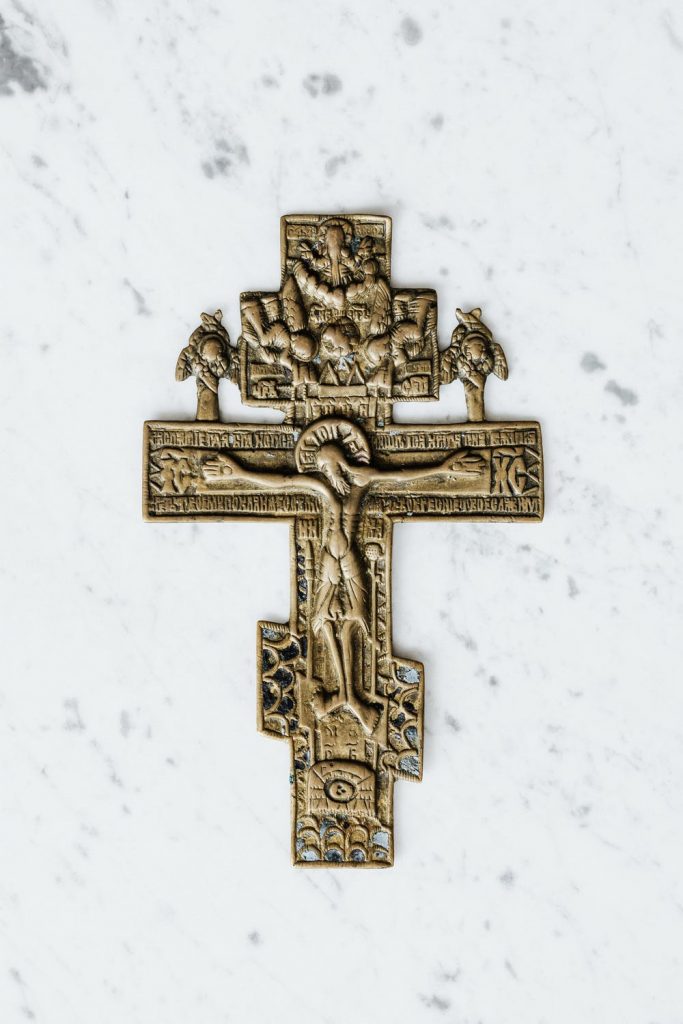 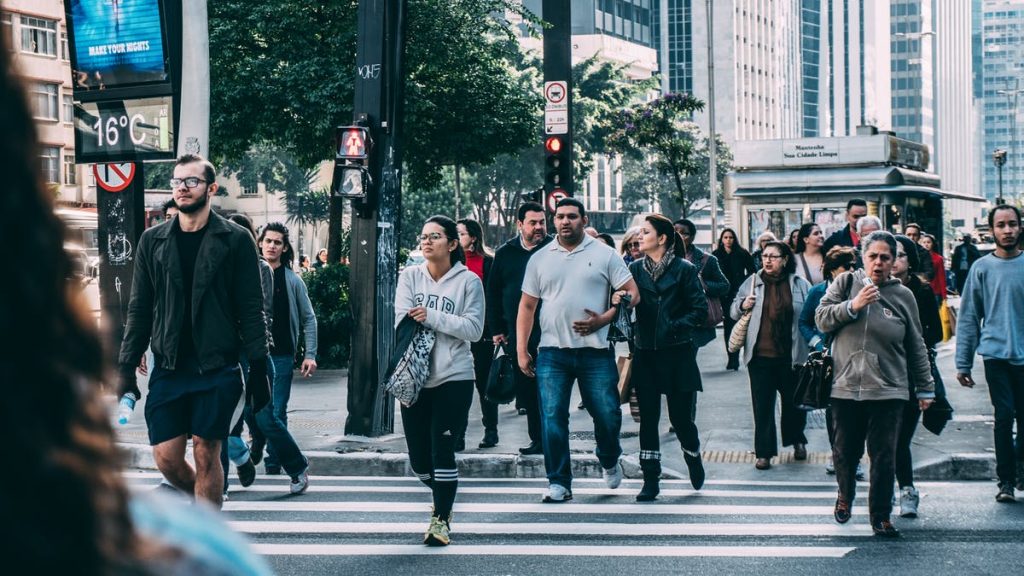 Citizens of a different kingdom

When Jesus called Simon, Andrew, James and John to follow him, he stated his purpose for them as, “I will make you fishers of men”. He announced his ministry as proclaiming and establishing the Kingdom of Heaven. Jesus was calling on these men to join him in persuading others to become citizens of his kingdom.

To be a citizen of Jesus’ kingdom is much more than just being saved. It is to join with Jesus in putting right what is wrong with humanity and our world. It is about being a people who love one another and others; a people who see where they live, work, study and socialise as the place where they are to express the love of God, seeking the welfare and good of those around them and telling them the story of Jesus.

To be a fisher of men/women is to live a life that is counter cultural; radically different from your community, your society; because the whole of your life is aligned with Jesus. It is to be intentional about seeking to make disciples of those in your place.

This requires counting the cost and being willing to pay the price. The cost is great but pales in comparison to the life gained.

Jesus said that he “came so that [we] may have life and have it abundantly” (John 10:10b, ESV).  Jesus came not just to die for our sins but also to show us the kind of life we are to live.

Whilst we are not first century Jews, our character, attitudes, values, purposes and actions should still aim to mirror the lifestyle of Jesus. The call is to obey him, and in obeying him we know and experience his love for us.

Anything this world offers, or whatever life we could manufacture for ourselves is but a dim shadow, a fraudulent substitute for the life and love Jesus offers.

Being a disciple is not a task, it is life: the life God created us for.